The link with police the Prince, speeding & the money makers. 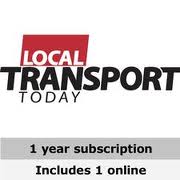 From Local Transport Today. 5th January 2012
Quotes West Midlands joint committee:
'Speed awareness courses are expected to be attended by 18,000 motorists. A percentage of the £80 course fee is retained by the police, generating an income of £650,000 for camera operations. The rest goes to the course provider, TTC2000. It has offered the police a £5 per client rebate, which would raise a further £90,000. The HA contributes £82,000 to camera costs.' 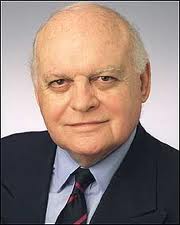 First may I wish you and yours the very best for the New Year.

As you know, I am very concerned about genuine, altruistic, non-profitable road safety and the unnecessary prosecution, conviction and disruption to perfectly safe drivers.

Almost daily I find a new vested interest company being promoted by the authorities, awarded by royalty, having major input on policy and indeed prosecution. The following is a list but the latest, a company called Group,  is one where I find a direct link between its lucrative activities and PACTS, a private parliamentary lobby group with no road safety or driving expertise and which itself is loaded with vested interest companies in prosecution and profit, Brake an anti driver lobby group in the guise of a road safety charity, also with no expertise in road safety or driving either and Prince Michael's International Road Safety Awards scheme also loaded with vested interest road safety companies or groups.

2000 have been running lucrative speed awareness courses for which the police and local speed camera partnerships get a cut of the income. So the prosecutions themselves are directly linked to vested interest companies who gain from cameras, speed limits, prosecution, points and indeed anti driver/car lobby groups too. PACTS is pro public transport yet seeks to advise Parliament on road safety and prosecution of private drivers.

So far, no Speed Awareness provider, like 2000, can tell me if their coerced students are told that 'speeding' cannot cause accidents, that speed cameras cannot see accident causes, and that the limit that got them there is totally arbitrary, without science or expertise. I have asked the driving expertise of their instructors to no avail. I have asked what profit there is? More seriously I have been unable to ascertain on what authority police can decide not to prosecute where an offence is disclosed on payment of money to a Ltd company? I don't know if you will have any better luck with such questions.

I have already noted a company called RSS Ltd, set up by ACPO Ltd See ACPO's little helpers to make defence of speeding cases very expensive to deter drivers from defending themselves. This company provide alleged camera experts for evidence at court and are retained at cost by local forces specifically for that purpose. The deterrent of defending is the high expenses cost they will claim in the event of a proven case on top of their annual retainer by the local force. Do the police pay such firms for burglars, murderers, thieves & robbers? No!

I have recently raised with you Police Witness.com a company who is providing spying equipment, at great profit, in case a driver may do something wrong. See Policewitness.com penalise drivers for profit Amazingly, to my query as to if the Home Office & police are giving this activity their blessing, Nick Herbert of the Home office has so far endorsed this profitable spying on members of the public and ACPO Ltd have ignored my approaches on the subject. I currently await a reply from Nick Herbert to a follow up on this matter and an assurance that this spying will not be encouraged; especially as such conduct could be deemed likely to cause a breach of the peace.

Then there is the Prince Michael International Road Safety Awards scheme which seems to be this lucrative industry awarding itself, and indeed the number of OBE & MBEs to go with it all. See Prince Michael & Speed Camera Manufacturers. The scheme, financed by a speed camera manufacturer no less, and indeed 2000, who make money from speeding convictions and was also awarded, show that even Royalty has got itself involved with driver prosecution which by any standards is not at all desirable. Added to which the dimension that poor policy in road safety, based on profit will actually result in accidents ,injury and death. My concerns expressed to The Prince's Office about this unseemly connection with driver prosecution have so far been ignored.

When joint West Midlands Councils base their safety budget on the amount of Speed Awareness  they can expect, 18000 at £80 per hit, a projected business plan for £1.44 million pounds of which the police will get £650,000 and 2000 £790,000, then this is blatant planning not to stop 18000 speeders at all but a hope of getting at least that many. So this is why speed limits have been getting lowered all over the country. To create more speeders. Please do look at my site. www.youdrive.org.uk under the Speed Cameras label 'The speeding money go round' Surely the object should be nil 'speeders' not a desire for at least 18000 caught and offered a course!

So what I have established is not only a link in road safety profiteering but that the authorities and especially the police, are thus linked to anti driver and private car lobby groups.

It's about time PACTS itself  is not allowed to influence road safety policy at all. Not only have I identified vested interests in it, like but most of it's comment on road safety and driving is incorrect because of vested interest.

We need to look at the whole road safety industry, who advises ministers and and indeed who is behind what policy and what their vested interests are. 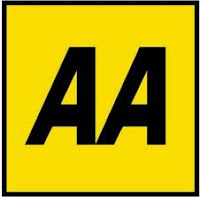 So for example: AA  run Speed Awareness Courses and indeed profit from speeding points via their Insurance Wing too. They should have no input directly or indirectly via PACTS or any such means on Parliament in this important matter then should they? See AA's Edmund King in action.

Until vested interest, expertise and motive is addressed, PACTS and other alleged road safety groups should not be given the platform they are being given currently in a life and death matter that involves prosecutions too.
Yours sincerely,


Note: There is more death from accidents in the home than from any cause on the roads. So why aren't all these pious life savers concerned about that? No money in it?

Have announced a trial of awareness courses for mobile phone use whilst driving.


This is utter dangerous rubbish. For a start it is proven that 'speeding' cannot cause accidents and that speed cameras do not see accident causes either. The Speed Awareness Courses are only available to those who have exceeded the limits marginally and 'by mistake' according to the ACPO guidelines. The drivers who drive dangerously and can cause accidents are not included. Most speeding is caused by the entrapment effect of a poor road layout, faulty speed limits or both.


Using a phone, whilst driving, definitely is an accident cause and is also deliberate where there is no mistake involved at all. The fact is that failure to apply one's mind solely to the drive and to engage in other issues with some-one who is not in the vehicle and totally unaware of the driver's circumstances is highly dangerous and undesirable.


So clearly The Lincolnshire 'Road Safety' Partnership either have no idea about what does cause accidents, or more likely see the profit from these lucrative courses as above road safety.


We call upon them to cancel this trial.


In both cases we are not sure of the legality of these awareness courses since when offences are disclosed to the police under what law are they able to offer the option not to proceed on payment of money?
Posted by Unknown at 11:34 No comments:

Satnav MOTs on their way! 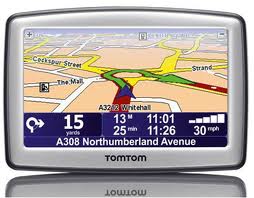 The latest scam to screw the driver is to invent an excuse to tax and legislate satellite navigation systems.

The government is currently looking at a control that insists that Sat Nav manufacturers must update the computer memories to take into account local authority road changes and layouts.
Why? A clue can be gathered from Radio 5 Live's approach to me that 'all these drivers that are experiencing problems from sat navs'
What problems? What drivers? I have had mine for about ten years and it's never caused me a problem! Has yours?
Let me say, as a top ex police driver, I can testify that sat navs make drivers far better for the simple reason that there is nothing worse than being lost in a city, not knowing what lane to take or where the next turn may be, to unnerve even the best of drivers. It is self evident that when you know where you are and where you are going you are far better than when you don't. And no. Road maps do not help in the centre of town, one way systems and they do not get you to the very door and premises that you are looking for like Sat Nav does. Abroad, when on the wrong side of the road already, the last thing a driver needs is to be concentrating on foreign road signs. How can you beat your very own English speaking guide to not only tell you where to go next but to warn you in good time about it too?
They are simple to operate and anyone who cannot, or allows them to lead them astray, are too simple to be let loose on the road anyway. Even then, that the stories of these fool's escapades make the news is really an indication of how rare these events really are. What we don't hear, because no stats are kept of it, is how many thousands of accidents are actually saved by Sat Nav every year. So what is this really all about then?
Follow the money folks. Garmin, say, will then have to update all their Sat Navs, before sale, at what cost? How much is local Government going to cream off for this information? And who will pay for the end product?............................Yep the poor old  hard pressed over taxed UK driver again. But it won't end there will it? Since they will go out of date almost immediately then the next logical progression will be a SatNav MOT certificate yearly otherwise what will be the point?
Watch this space! You heard it here first.  This is why 2012 must be the stop the war on the driver year. And you can start by signing this simple petition. Stop the war on the driver.

Two MPs have now taken this up with ministers.
Posted by Unknown at 10:36 3 comments: