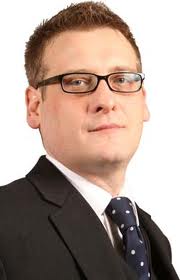 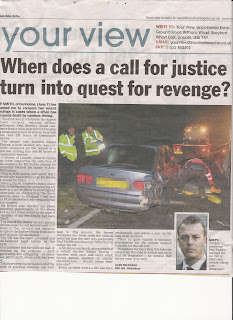 Read another ex police officer's view of emotion and the law.
Seven years jail for some-one's inexpert and angry idea of you?
Karl Turner, who has only been an MP for Hull since 2010 replacing John Prescott, has already managed to get his name in lights with a Bill to imprison drivers for seven years on the mere perceptions of inexpert and hostile witnesses.
His Bill, which is for 2nd reading on the 9th September 2010,
Says:17 May 2011 : Column 192

Motion for leave to bring in a Bill (Standing Order No. 23)


That leave be given to bring in a Bill to increase the maximum sentence for a conviction of dangerous driving from two years to seven years; and for connected purposes.
Note: Dangerous' previously Reckless Sec2 RTA 1988. Reckless has been replaced in 1991 by dangerous. It is certain that, unlike reckless, lots of drivers can be dangerous without any effort at all and are simply poor drivers; whereas reckless did at least imply some deliberation.
In his address to Parliament, and elsewhere, he continually cites serious injury cases for emotion but no politician should use the, knee jerk, scare tactics of the sisters of BRAKE when seeking to destroy lives and families and have people locked up for long periods.
Complaints have already been submitted to the Speaker and other MPs about Mr Turner's tactic. His Bill doesn't require injury at all or even an accident to qualify. Just the mere perception of others, no matter what their expertise, is enough to make a case of Sec 2.
We are appalled about this and urge all drivers to write to their MPs to warn them of this very dangerous Bill.
In the meantime does this MP think that UKs 30 Million drivers just do it for fun? That they are the enemies of the State?
Do read more of this MP at: MP blows his top & Karl Turner wants you jailed
We are totally as one with the other driver groups.
Write to your MP,s. Warn them of his tactic and that the Bill requires no accidents just impression of dangerous. It's very easy. Use Write to Them and it's all done for you. Write to your MP here.
Posted by Unknown at 02:50