Cyclist's rule to impede & frustrate other road users? Do we need them?

In this story Cyclists are encouraged, by The Government no less, to use their bodies to impede and obstruct essential infrastructure. 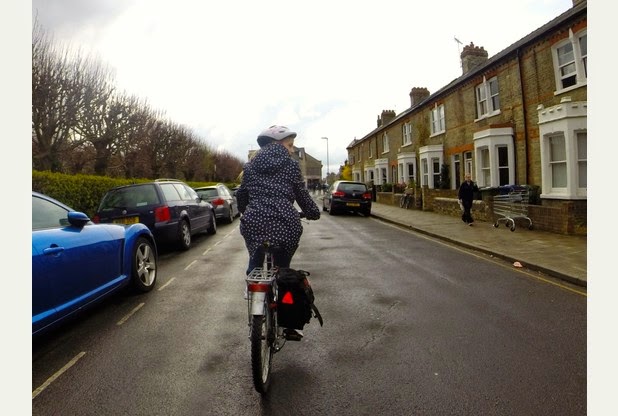 Let's face it, driving and drivers are very much part of our infrastructure.

Without going into detail, this long piece written by cyclists for cyclists by something called the The National Standards for Cycle Training, tells its students to actually prevent drivers from passing or making progress by deliberately obstructing them with their own bodies. 'Dare to pass me and if I die it will be your fault'. They claim that drivers are very happy with that. Oh really? On the basis of what survey question was that statement made?

I have queried this: As an ex police class 1 advanced driver and road safety expert, I am disturbed that you are publishing advice which seems to be that people should use their unprotected bodies to deter motorists from passing them when cycling. To maintain a position in the road, contrary to other advice to all road users to keep to the left, but instead to deliberately impede and obstruct other road users.

I am also a lifetime cyclist and one of those like many millions before me, that don't moan and don't demand anything and I ride a nice upright sedate type of bike, as is common on the continent and as opposed to the lycra spandex racing style of the avid cyclist's lobby behind these stories.

I always feel that, when such articles are published, or more demands are made by cyclists, we should point out that unlike motor transport where society would literally collapse without it, the same isn't true about cycling. In fact, in reality, there are only two road user modes we must have and sustain; walkers and drivers. The rest are an unnecessary liability and hazard for crucial infrastructure.

It doesn't seem to occur to anyone that cyclists don't need to do it and nobody would miss them much if they didn't. So before encouraging people to be in roads at all, we should ask do we need it and must we have it? It's a fair question.

But amazingly this is being promoted by the DfT who seem to be quite happy about hampering and curtailing drivers. This is why Drivers' Union is urging drivers to keep nagging their MPs and getting a dedicated parliamentary driver's group too..

See how the Government are behind this nonsense.
.