The Telegraph actually avoids the truth about cycling safety. 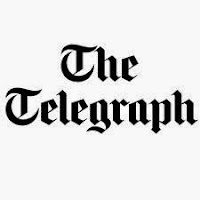 Of course it's more cyclists that are part of the rise in road death and casualties. Even if the percentage of cyclists isn't above the casualty rise, it's the time and distance new cyclists are on the road. If this isn't pro cyclists either avoiding reality and in denial then it's not being able to connect time and distance with the casualty figures. Either way, their conclusions are suspect.
Brake? Sustrans? CTC? Rachelle Aldred? What is their road safety and driving CV? All pro cyclist anti driver, where Aldred's Doctorship is forfeit by her rabid cycling anti driver interests. See more on Dr Rachel here.All of these contributors have an ideological anti driving background. Where was the balance in this article?
If the Telegraph fails to seek other views from outside this clique, not only can we dismiss the whole article, but worse this great newspaper is failing to truthfully address this issue at all and so more people are dying on bikes. By the way, UK 2015 cycling death is now 55.
Firstly: To be high up on two flimsy wheels travelling at unnatural speeds unprotected and exposed is as dangerous as riding a horse at speed too. Then to mix, mingle, often compete with large moving essential machinery operated by complete strangers of varying ability and mental capacity is something sensible humans would never do, except for cyclists. If someone suggested it now, we would call out men in white coats. So Telegraph, if that definition is flawed, I would like to hear how. If not, why are you trying to avoid the reality, while people die and drivers are incarcerated for a dangerous scenario that you have promoted?
But in all this, demands to spend millions, hamper essential infrastructure with less speed and space, no one seems to notice that society, including the Telegraph, only must have walkers and drivers. The rest are just an unnecessary hazard and danger. So the question raised by this article that must be addressed is 'Why must we have cyclists?' It's a fair and reasonable question not asked by the author or the Editor it seems. But it seems the whole Metropolitan Liberal Elite are at it. See this select committee Here who accepted utter drivel and failed to ask the same question too, when awarding cyclists £650 million a year of our taxes, an average of £10 a head from every man Jack of us.

Until The Telegraph is honest enough to publish all these facts or ask reasonable questions, it can take its share of  responsibility in contributing to all these deaths and casualties.    See 2015 & 2014

Rocket science it ain't.
Posted by Unknown at 08:54