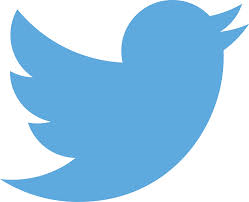 I am regularly asked why I run four Twitter accounts. Mostly I am ridiculed for doing so without the poster explaining what's so ridiculous about it or even knowing the reason for it.

Again to save my time I will use this blog for a once and for all history of the accounts and then just refer the Trolls to it.

This was my very first foray into Twitter and not being IT savvy didn't appreciate that the user name is the address at the time. But the handle Keith Peat says it all. I am delighted that it currently has 106 followers. (More on followers later)

As the name implies this is east midlands drivers specific. As the East Midlands Co-ordinator of the ABD, Alliance of British Drivers, @TheABD, I was encouraged to create an East Midlands ABD account and indeed in its early days it was called that. We were also encouraged to develop our own web sites too. Again not being IT savvy I opted for a blog account for ease, and this used to be accessed by the URL www.abdlincolnshire.org.uk and the two ran together. However the site manager and web master of the ABD began to insist on control over content which I resisted. The upshot of that was I kept control of all content but all reference to ABD had to be removed, including in URLs. So the twitter account and the blog were re-named and addressed. The Blog is now www.driveeastmidlands.com and the name of the group is now Drive Eastmidlands.  I do remain the East Midlands Coordinator of the ABD.

When the Drivers' Union was formed some five years ago it made sense for it to have its own twitter account and of course its own web site. www.driversunion.co so both were created. But as most issues that affect drivers are not parochial and affect all, the Drive Eastmidlands Blog is ideal for regular comment on the latest issues for both groups. Drive Eastmidlands, although older is now subsidiary to Drivers' Union.

This account was set up in response to Cycle Hatred @CycleHatred who's purpose is to invent and perpetuate a war between drivers and cyclists. It has a following of household names who really should know better. It had not occurred to anyone that none of the rants against cyclists, which were being re-tweeted as evidence of drivers hatred towards cyclists, was no more than sticks and stones name calling, and drivers expressing their rights to be annoyed and indeed angry with cyclists. Neither has it occurred to some of these eminent fools that indeed cyclists themselves could and would invent some of it too. The worst case that set the cycle lobby in to spasms of ecstasy was the silly tweeter Emma Way, and even she hadn't deliberately driven into a cyclist.

So I opened Driver Hatred to show that most of the venom and bile, is that directed the other way, from cyclists to drivers. And it has worked as examples on this blog show. That Twitter account has that special purpose. To show where the silliness stems from in the cyclists hatred war.

Why do some tweets appear on three accounts simultaneously?

That is when I post an external publication or reference via Bitly because I want all followers to see it. If you follow more than one of the accounts it will appear on all.

It is very easy to follow far more people than actually follow you. In fact it is not uncommon to see an account with thousands of followers actually following thousands more. Yes I can easily increase my following by myself following many more people. I am selective. I only follow those who can assist the aims and am able to manage. The follower/following ratio of these tweet accounts then is excellent.   163/25 574/86 380/50 251/31 overall 1368 followers & following just 192. Last count an increase of 91 since 11/4/16 to 3/5/16