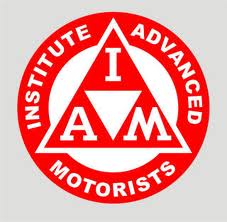 In screams for more and higher penalties for 'speeding' and that is to merely exceed an arbitrary and unscientific number on a pole which actually causes nothing, the following examples of 'speeding' are cited.

There are even cyclists shouting for two more 0s to be added to all 'speeding' fines. Again the shrill minority who have no expertise in driving, accidents or prosecution shouting loudest. See comments here

'The fastest speeding motorist recorded in England and Wales in the last 12 months was doing over twice the speed limit on the M25 at Swanley, according to figures obtained by the Institute of Advanced Motorists.

More worrying for cyclists were the drivers caught on camera doing twice and in one case three times the limit on A and B roads.

Eighty-five percent of police authorities responded to the IAM’s freedom of information request asking for details of the fastest speeds recorded by cameras between April 2013 and May 2014.
The highest speeds recorded away from motorways and other 70mph limits were:
But again the IAM misses the point entirely. These are not 'speeding' they are driving dangerously and can be charged with that and fined accordingly. If one of these crashed and killed, they wouldn't be charged with death by speeding would they IAM?  So the penalty is already available.to prosecute these dangerous drivers.

So why is IAM promoting the 'speeding' industry and lazy police who not only fail road safety by not charging the appropriate offence, but are earning so much from 'speeding' to do so too?

Of course they're 'speeding' IAM just as a murderer commits assault, ABH and GBH along the way too. At 30 MPH speeding is at 31 so it can't be still speeding at 96 MPH can it IAM?
Posted by Unknown at 03:28