So why should drivers pay for self imposed danger? 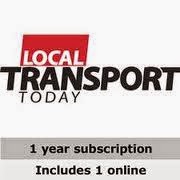 Now (Here) Chris Boardman is lobbying for this against drivers.

Brenda Mitchell, of the cyclists lobby, in LTT is demanding automatic civil liability for UK drivers. See her submission below.

Firstly it is irrelevant what other countries do since we have our own parliament and hope that it will listen to a majority before it imposes such damaging sanctions and liability on essential infrastructure. It is a false premise for the cycle lobby to attach itself to pedestrians since without walkers we would all die very rapidly and that is not so with cyclists.  It is when cyclists make such demands that the rest of us are entitled to ask how crucial road cycling is to the community. A very fair and reasonable question.

I am a cyclist and have been cycling for at least 66 years and have never made any demands at all; I suspect most cyclists are just like me and Ms Mitchell is but a minority of a minority.

Yes of course road cycling is very risky. By definition, it is to place oneself on a slender frame on two flimsy wheels among and mingling with large pieces of heavy moving essential machinery operated by complete strangers of varying skill and mental capacity. If someone suggested it now in 2015, we would send for the men in white coats.  I know the risks and accept them. Ms Mitchell’s letter is based on total subjective judgement of drivers from a cyclist’s perspective for starters. But there are now only two essential road users society must have and cannot sustain without and that’s walkers and drivers.  So all proposals like that of Ms Mitchell must commence on that basic reality surely; not on the premise that we must have road cycling or that they are as crucial as drivers.

So drivers wake up. This would not only bump up your insurance and be bad for the economy but would give cyclists some kind of priority on the roads too.

The answer is simple. Cycle or don’t cycle; it’s a choice but don’t keep moaning and demanding changes or more will realise we are far safer and better off without you. In the meantime let’s have all court claims on their individual merit please. Politicians please get your priorities right on this. 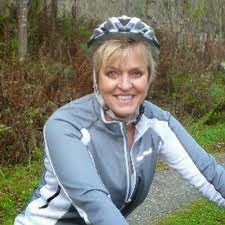 Brenda Mitchell, Cycle Law Scotland
Putting my head above the parapet to champion presumed liability for Scotland’s cyclists and pedestrians has not been particularly comfortable at times. It is a subject that can arouse intense debate and even anger in many motorists. I am, however, a passionate believer that by adopting presumed liability in civil law we can fundamentally change our culture to one of healthy road share and away from destructive road rage.

For me, the 6,000 who have signed our petition, the MSPs and celebrity supporters of our campaign, presumed liability is about protecting the vulnerable against the more powerful and, if introduced, will be the catalyst needed to encourage greater mutual respect between all road users.

In 2012, 902 cyclists were injured on Scotland’s roads, 167 of them seriously. Nine cyclists were killed that year, and 13 were in 2013. Independent research found that cyclists are the victims of bad driving with collisions dominated by drivers’ poor turning manoeuvres. Most motorists walk away unharmed, while the cyclists can be seriously affected by their injuries. The roads are simply not a level playing field.

So let’s deal with the myths, bluster and posturing that comes my way up front.  Presumed liability does not affect the principle of innocent until proven guilty, which is part of Criminal Law. We are seeking a change in Civil Law so that if a motorist collides with and injures a cyclist or pedestrian they are liable to pay the injured cyclist/pedestrian compensation. The protection of the vulnerable already operates in many areas of civil law, for example, those injured by dangerous animals and faulty goods can recover compensation by the mere fact they have been injured by a dangerous animal or faulty consumer product. Civil Law can operate to protect the vulnerable and make it easier for them to seek redress for injury sustained at the hand of another.

Cyclists – and I readily admit that not all of us are perfect – will always come off worst in any collision. Presumed liability places the presumption of negligence and consequent liability to pay compensation on the motorist because they have the control of the powerful vehicle, but that presumption is rebuttable.

At present we have a fault-based system in which the cyclist must prove negligence. Presumed liability simply shifts that burden of proof and presumes the motorist has been negligent as they should take into consideration the vulnerability of cyclists on our roads. The same is true, if a cyclist injures a pedestrian.

If the cyclist has caused or contributed to their injury, any award of compensation can be reduced even down to nil.  Scotland does not have a compensation culture and insurance premiums for motorists will not necessarily rise as presumed liability encourages early settlement, avoiding litigation costs.

Our European neighbours have for decades been able to protect vulnerable road users with civil laws and it has engendered a culture of road share. And like them, we see presumed liability as one of a kaleidoscope of measures that will not only change driver behaviour but is also integral to creating a culture that recognises that the roads are not just for cars.

Far too often I deal with cases where drivers have failed to pay cyclists the necessary respect resulting in serious consequences.  Jamie Aarons had to fight to obtain her compensation after a taxi driver, parked on her nearside, opened his door into her path. Jamie had no opportunity to take evasive action causing damage to her bike and helmet. After initially helping Jamie to her feet and admitting fault, the taxi driver changed his story, claiming Jamie had simply fallen off her bike and there was no impact between the vehicles at all.

With the taxi driver backed by a big insurance company, Jamie’s claim for compensation went all the way to the wire. Nearly a year after the incident, the insurance company did a complete about-turn, paying out for Jamie’s moderate claim and her legal costs. Jamie was traumatised by the whole process.

Colin McIntyre was involved in a road traffic collision, which left him unable to work for nearly a month. A taxi turned into his path, knocking him off his bike, causing a fracture to his left elbow and a laceration injury to his leg. Despite the injury being classified by the police as ‘serious’ and the taxi driver clearly at fault, the incident was taken no further and the driver never penalised for his careless driving. [But careless driving is a criminal, not civil offence! MH]

In January 2012, Andrew McNicoll was cycling to work. He was wearing a helmet, bright reflective clothing and his top-of-the-range bike was fitted with flashing lights. A lorry pulled alongside him and in a subsequent collision Andrew was thrown from his bike and into the rear of a parked car. The lorry driver did not stop. Andrew died.

For those who have lost a family breadwinner or are coping with life-changing injuries as a result of a road traffic collision, the emotional trauma of this drawn-out process is therefore often compounded by financial worries. With a system of presumed liability in civil law, the driver in such instances would have had to prove why the cyclist was at fault and in all probability the civil case could be settled swiftly, reducing a family’s anguish, or ensuring a cyclist receives the full and proper treatment for their injuries.

It is for all these reasons that I believe presumed liability in civil law is the right response of a society that wants to protect the vulnerable. Enforcing rules of presumed liability on the more powerful vehicle involved in collisions would strongly encourage everyone to take much more care towards their fellow road users, potentially leading to far fewer accidents. It would also mean a far more compassionate, less combative, claim process, which helps, not aggravates, a situation.