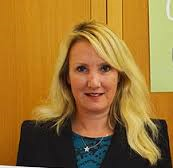 
I am very concerned about your call for higher sentencing for drivers.


My CV can be found on http://bit.ly/HhaOnE


I am a volunteer for genuine non profit road safety.


I am not familiar with the case but the driver was given nine years imprisonment.


Your comment in The House that this could be divided by two and amounted to only 4 years for each life lost was an extraordinary example of simplicity and crassness from a politician.


The anti driver, anti car lobby have removed the word 'accident' from the roads vocabulary. So for a start, sentencing is now based on anti driver ideology instead of what is fair.


But whatever the circumstances of this case, the driver wasn't a deliberate murderer, robber, assailant or thief. The fact is that had there not been the dreadful circumstance that human flesh was involved and just bent metal, from exactly the same actions, there would be just a fine and a ban. And that is why your comment was inappropriate. Had there been one death, two or three it was from the same event and same action and totally coincidental.


My concern is, by not treating this case in isolation and not on its own merit as you seemed to demand, there should be a general increase in jail terms for drivers was your message.


Perhaps you should reflect that there are 35 million drivers who are a massive voting block. and all of your constituents are either drivers or depend on them.


As it stands, at a time when sentencing generally has been getting softer, and for crimes your voters would wish to see sentences lengthened, you want your drivers jailed for longer do you?


I would be very happy to assist you with road safety policy and driver prosecutions so that you have a fully enlightened knowledge of this life and death issue. It doesn't include cheap politics to play to the bereaved of victims who are not road safety experts through it, but pragmatism.


Please look through my site. So far no official body has been able to deny the facts therein.

Dear Mr Peat,
As you say, you don't know the details of this case.
Before you make sweeping statements alleging an 'extraordinary example of simplicity and crassness from a politician', I would suggest that you take the time to familiarise yourself with the circumstances.
This was not simply an unfortunate accident - the driver was travelling at twice the speed limit, on the wrong side of the road having consumed both Ketamine & Mephadrone.  I hope you will agree that driving under the influence of drugs of this strength is unbelievably irresponsible and puts the lives of innocent people at extreme risk, as demonstrated by this devastating case.
In this case the 9 year sentence which the judge gave was the maximum possible when you take into consideration the 1/3 reduction for an early plea.  For that reason, I feel strongly that the existing 14 year maximum sentence for death by dangerous driving is unduly lenient and I will campaign for this punishment to be reviewed.
Kind regards
Caroline

Hi Ms Dinenage,
Thank you for your mail.
I did say that I was responding to your demands, irrespective of the case you were citing, and the generalisations of your demands for more jail for drivers.
The 'crassness' was to not understand, as I have explained, that unlike two carefully aimed deliberate shots, the two deaths in a road crash are part of the one unintentional event. In failing to concede that as valid, you are clearly unwilling to listen to an expert in prosecution and road accidents.
You have also failed to address the entirely different weight of evidence needed to jail drivers for long periods, compared to murderers and acts of robbery, violence and so on. Notwithstanding that new knowledge you are unmoved by it and prepared to publicly call for more incarceration of drivers on a knee jerk basis without any expertise or knowledge.Your tone and comments indicate that you seem to resent valid comment and criticism for doing so.
That you chose PMQs to do this in my mind was self promotion at the expense of drivers, road safety, justice and not least the victims too. I find that very cheap.
Wishes
Keith Peat.