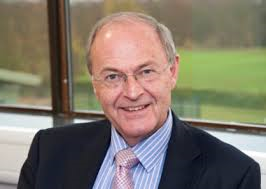 
You may recall that before your election I wrote to offer you our independent and voluntary expertise on road safety policy and warned you of those with inexpert vested interests such as profiteers or parochial interest.


In view of that, I am very concerned that you have apparently been impressed with a case made out to you by a group called the Stanhope Road Traffic Calming Initiative who are after a 20 MPH speed limit zone as reported in this week's Target.


May I remind you that speed limiting should never be based on parochial aspiration or perceptions but on matters of fact. Do we really want a national speed limit policy based on a patchwork of local inexpert vested interest opinion?


If there is speeding at this location but no accidents, that usually means the limit is too low and wrongly set. It may sound crass but by increasing the limits, the speeding will be reduced and still no accidents. Job done.


Either way, if there is speeding then the limit is failing. Do you go out to break the law? To break speed limits? No. So why think everyone else does?


Take out the only justification for an anti driver attitude which is that they are all deliberately disobedient, the whole premise of the Speeding Industry, then there is only one cause that's left; the road layout or speed limit or both of them are at fault.


If the residents are genuinely concerned that the 30 limit isn't working, then try signing it better. I suspect that the real agenda is 20 limits come what may so don't be dragged into it.


Our voluntary expert advice is still there for you.