I am not jumping on The Bandwagon because anyone who follows my work will know that I have challenged and criticised King for years and indeed this post in Nov 2012 proves  how I was three years ahead of the Mirror & Sun. 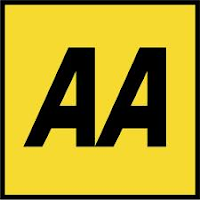 A keen cyclist, King loves to promote himself (and boy does King promote himself), as a voice of the caring driver for the Cycle Lobby which loves him. Of course it does. Anyone who is going to reduce an essential infrastructure of 35 million people to the same level as an unessential pursuit, minority, lobby group is bound to be an injustice to the former and an advantage to the latter. Added to which of course in no way can cyclists be good for drivers. They are an enforced liability and encumbrance the like of which that wouldn't be foisted on rail or air transport. Collide with one and drivers could be looking at a long term of imprisonment. 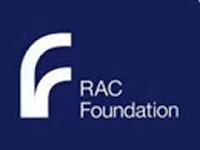 So why would AA and King be so keen on cycling if it's to the disadvantage of drivers at all? Well King's background is he is ex RAC Foundation. See a bit of them here. No friends of the private car drivers so it's not surprising that King brings with him his pro cycling credentials. So far as the AA are concerned, more cycling means less car damage to fix and indeed cyclists are cynically being told to use their unprotected bodies two abreast, to impede and dictate their slow speeds on drivers. All of this is definitely an advantage to a driver insurance company which is what AA is. They support speed cameras too. Not withstanding that anyone profiting from them would do, as with using cyclists, slowing everything down plus points on licences causing higher premiums, also results in less work for more money. For an insurance company, it's all win win then.

The fact is that, because AA fix cars, it doesn't mean that they're a driver's group. They sell cycling gear, fix plumbing, sell insurance and are too diverse to be considered a drivers' group now.

It should be of no surprise then that King presented himself, with other cycling lobbyists, to a Parliamentary Transport Select Committee and claimed to be representing drivers. See the disgrace of how this committee failed us all. Even from his own comments to the committee, he could hardly be speaking for drivers there. But what was significant was the moment when he told Madam Chair that we ought to have more Awareness Courses without telling her that he was a director of one of the busiest of the firms running them. Even the Sun & The Mirror didn't uncover that one. I did.
Posted by Unknown at 10:37