Cyclists to sue over tramlines. 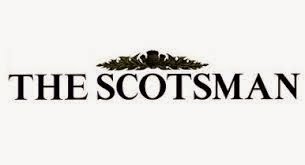 Can you believe it? See Cyclists to sue council over tramlines.

Has anyone else noticed yet that all the experts cited in such reports are keen cyclists? They certainly were in this CTC sponsored report.

Ignoring the irony that trams are all part of the anti driver Sustrans greeny mix but why do we have to have road cyclists at all?

Surely a major contributing factor to a cyclist crashing on tramlines is riding on two flimsy wheels with a high centre of gravity. No one is forced to do that..

A simple and cheap solution for the council is to advise cyclists to avoid tram routes altogether and erect signs to warn them of the danger too. 'Cycle along tram lines at your own risk'

Ratepayers need councils to stand up to cyclist's and fight these claims on the basis of what is a self imposed risk.