Is this commissioner's objective road safety or votes?

In this Watford Observer article it seems that David Lloyd, the Hertfordshire Police and Crime Commissioner falls for the police rationale, that all speeding is deliberate disobedience. How can anyone be that silly and then get elected to such an exalted policing role? 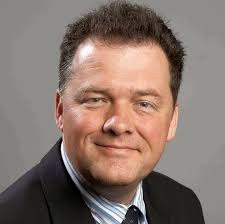 Has he ever surveyed drivers as to how many deliberately go out to speed? You see it is crucial to justify current speeding policy. Police have to believe all speeding is deliberate because, if not so, then it means there must be faults or causes which can be corrected. That would never do. It would mean a complete re-appraisal of police policy. I thought we elected police commissioners like David to do just that.

Here we explain why speeding happens. See  Perhaps Mr Lloyd should look at it.


Usually if there is lots of speeding without lots of accidents, it is clearly a failure which is indicative of a flawed speed limit or an enticing road layout. These can be corrected possibly with repeater signs or digital reactor signs to achieve the desired objective. Just taking pictures of drivers and sending them letters is not curing the problem. This is because the assumption of police and clearly David Lloyd too it seems, is always that speeding is always deliberate.

If these were accidents and deaths, would David Lloyd send out amateurs to take pictures of them or find out why they were happening and correct it? He is at heart a politician and clearly playing a popularity contest with road safety with an eye to the next PCC elections. He should remember that drivers make up the majority of voters.

I am also concerned that vigilantism is never a good idea and police usually do not encourage it. They are not experts and usually not supervised by police experts either. See  http://bit.ly/HNkgQW  Motorists have every right to challenge these people and demand their identification  just as they have with police officers.

The fact is that, although not prosecuted initially, offending drivers do go into the police database so that could result in prosecution on another occasion instead of just a warning so their actions are not as benign as the article infers.