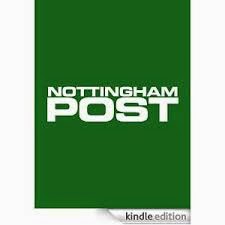 In this Nottingham Post article see How the police bamboozle media on speed awareness.

To assume that drivers would prefer the courses is based on whether their ticket was justified in the first place. Our studies show that, because the system and business of courses has been set up, including paid staff, it is counter to stopping the offending and an incentive to allow offending to persist. The system now depends on speeding and not stopping it. Our research proves unequivocally that is exactly what is happening.

If drivers had been asked: 'Would you prefer a £100 speed awareness course and time off work or nothing at all because the ticket wasn't justified?' They would choose nothing at all.

So there, unless the correct question is asked, is an example of a false premise survey isn't it? 'Accept the first part of the equation without question so the next part is a no brainer!' But what if the premise of the question is not so certain? What if the system is ignoring evidence of a faulty limit or a road layout issue causing drivers to increase speed that can be corrected?

But the next sleight of hand is a version of the regression to the mean. The very same trick used to prove that speed cameras work. This time to tell us that '80% of those who take the courses do not get caught again within three years.'  Note: 'do not get caught' so that doesn't mean that the speeding has been stopped at all then. But it's even worse. How many people are ever caught once, never mind twice within three years? So here we have a classic of simple regression to the mean then. We all consider it bad luck to be caught once never mind again within three years so this 80% is a 'statement of the bleeding obvious' as John Cleese would say and no doubt blame it on the Ministry of Funny Facts too.

But then when we are unable to find any legal device that allows the judicial process to be stopped on a coercive offer to pay money to avoid due process, something we jail bent coppers for actually, then the cooked up surveys and stats look even more shady than just an unfortunate error.

That they come from a senior policeman should worry us all.
Posted by Unknown at 06:32