Why we can take this Constituency Road Casualty Report with a pinch of salt.

where they, financed by Direct Line Insurance, have produced a Constituency based road casualty map. Unfortunately The Echo only referred to bereaved victims and police for comment.

Here is why this must be taken with a great deal of circumspection. 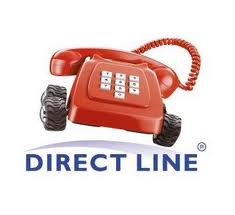 Commissioned by a parliamentary lobby group, Parliamentary Advisory Committee Transport Safety. A very grand sounding name for a lobby group who is very pro public transport, has no expert spokesmen in road safety or driving, it is supported and funded by companies who profit from road safety such as, insurance companies and speed camera manufacturers or groups like ACPO Ltd who have profitable vested interests in flawed road safety policy. They are just one of the many flourishing road safety charities of which there are far too many with a true agenda other than genuine and viable road safety. Until I spotted it, they had a principal advisor to MPs, an ex school teacher who had no background whatsoever in road safety or driving.

PACTS actually present air and rail travel as an ideal for addressing road casualty figures and actually say, in contradiction of their ridiculous zero road casualty aim, that we should achieve no more than double rail and air casualties on the road. However, it fails to mention that pilots and train drivers are very qualified and monitored and are not dealing with opposing traffic using the same track, kiddies, people, cyclists and animals too, often in very confined spaces. But I have challenged PACTS to include all road accidents in journeys specifically as part of an air or rail journey in their figures. Airports would cease to function without car transport. It is all part of the rail and air journey as that vehicle wouldn’t be on the road at that time but for the air or rail journey. A road journey, specifically for rail and air, is part of the entire journey and must be counted in rail and air casualty figures too.

To achieve zero road casualties as PACTS demands, is utterly impossible and would close the system down. This is the problem with just hearing those within the Road Safety Industry Bubble. Their aim is to perpetuate road safety profiteering at the expense of the driver and genuine road safety and nothing else. I deal with this here There is a massive economic cost to all this road safety. Many billions of pounds is being earned from it. What if we are now killing more both off and on the road from profit based road safety and on an economic cost benefit basis? We may have already gone too far. Too much road safety may also mean that road casualty figures are too low to be good for us.

Here is an example of PACTS & the Guardian exploiting grief of the bereaved. See it here.  and PACTS searching for impossible road safety Nirvana Here meaning zero road traffic or speed.  Here they are under their alias Transport Safety Commission, in their most recent report designed especially to confound and bamboozle politicians. Here I have identified the three top officers of the  and they are already well known, pro cycling, anti driver lobby about whom there is much info on our site if you follow the links.  are also a charity in their own right. Much more on PACTS here

Direct Line Insurance financed the report. Direct Line have a vested interest in slowing drivers and points on licences. They are among this lot See here in this manifestation supporting BRAKE yet another ideological anti driver charity with no expertise in road safety or driving either.

So much for the authors then.

I am very concerned that road safety policy is being run totally by vested interests and those with a green anti driver ideological agenda.

It should be self evident that the best road safety will not ensue from a profit or ideological base. If we were discussing bungee jumping, free fall parachuting or mountain climbing and any other life and death pursuit we would defer to experts. Yet, in road safety and driving, everybody has a view without any special expertise. It follows then, that if we defer to non experts and those who will profit from it, road safety policy will be wide open to every Tom Dick & Harry, to exploit for their own ends.

It is significant that the recent report on constituency road casualties, and specifically the one on , did not include one reference to any independent road safety expert who actually has genuine road safety at heart.

We had the usual emotional quotes from the bereaved but since when did being bereaved suddenly qualify anyone to be a road safety or driving expert?

It is very dangerous to dwell on someone’s tragic loss if we kill others by promoting the wrong conclusions from it. But I am appalled how the Road Safety Industry and anti driver ideologists are so ready to exploit the bereaved as they do. Surely they know, as I do, that emotional subjective comments and opinions on road safety are very dangerous so why do they use or encourage such an unseemly ploy; shame on them.

Then we have the police contribution too. Typically they promote their speed policy by including speed as part of their fatal four causes of accidents. Well I hope I can take credit from the fact that ‘speed’ has now replaced ‘speeding’ in the fatal four because the police know, as I do, that ‘speeding’ causes nothing at all. But there are only three legal states of speed. They are careless or dangerous driving and exceeding the speed limit. If exceeding the limit can cause nothing, then they must be talking about dangerous driving so why not say so?  Why not make dangerous driving one of the fatal four and take out ‘Speed’?

I suspect that the profit base of the Speeding Industry is such that police are now reluctant to be truthful about their fatal four even.

Speed affects everything, even a man walking into a telegraph pole so it’s a bit vague to use the word ‘speed’ for policy. The faster mankind has become so longevity has increased so speed is hardly fatal. Speed is motion without which we would all die instantly when our hearts stopped beating. Dangerous and Careless driving is what kills on the road. That there is no legal offence of ‘speed’ or ‘death by speed’ says it all.

But let’s not get too exercised in  about this report. Let’s look at the motives of the authors and those who paid for it. Commissioned by Direct Line Insurance, who has a vested interest in driver points and over-slowing’s roads, and written by PACTS, an important sounding parliamentary lobby group who are anti private transport and anti driver and are funded by road safety vested interests such as Direct Line, speed camera manufacturers, ACPO Ltd, public transport and so on.

Advising Parliament, PACTS have no experts in road safety or driving skill and actually demand zero road casualties. That could only be achieved by zero road speed, no motor vehicles and cyclists and would result in such an economic collapse, that all of us would die from lack of basics including food and water very rapidly. Of course their motive is simply to perpetuate an aggressive and very profitable road safety industry for ever more whilst promoting their favoured backers The Public Transport Industry.

So  happens to be top of the road casualty list. So what?

One could argue, from outside the Road Safety Industry Bubble, that Lincolnshire is on the right track if we are killing far more people off and on the road from flawed profit based road safety and a poor cost effective economic basis. What if road casualties are too low everywhere anyway and we are really killing more off the road from the cost of it?

There is a massive cost to road safety that only those on the outside will acknowledge. If there is any doubt about the real agenda behind the report, then it is corroborated by the real facts. After 300 billion UK driver miles a year, there’s less death on the road from all causes than from accidents in the home, far less than from NHS mistakes, and even less than from strangulation and hanging or self harm. Isn’t death at home or in hospital or by suicide important? So what are all these road safety charities and lobby groups really about if it isn’t death and casualties?

is a massive county with wonderful roads for good drivers but, as is acknowledged, very few motorway or dual carriageway miles. For obvious reasons, dual carriageways and motorways have the lowest accident rates per mile and density, so it can be expected that ’s figures are affected by the lack of them. It doesn’t help when councils then restrict dual carriageways to less than 70 , so that faster drivers cannot legally pass an HGV on them. Thus overtakes of HGVs are funnelled onto the single two way carriageways where such passes are within speed limits and thus are created the multi casualty road collisions. This is one result of amateur drivers making road safety policy. One bad policy then created others when the response is to over limit the single carriageways too.

Bad speed limiting will cause accidents where there were none previously.  Short stretches of 50 often sandwiched between long stretches of 40 Limits so that drivers, anxious to progress with less and less space and time to do so, then find themselves hurriedly trying to make passes over a short distance with opposing drivers doing exactly the same thing with disastrous consequences. What is wrong with longer 50  stretches sandwiched only with de-restricted speed limits and far less 40 limits?

On the basis that to remove the need to overtake would reduce the attempts and thus these terrible outcomes, it’s not just the speed limiters ignoring the obvious either. Lincolnshire Police steadfastly refuse to deal with the careless slow drivers who ignore their long tail backs; the architects of overtaking and the subsequent crashes. It is inconsiderate and dangerous.

The police refuse to address night time rural use of headlights too and yet there are countless Lincolnshire drivers who are driving along our rural roads on dipped beam, failing to light up the road for themselves, but more importantly, for those following.

But more generally road safety and the Highway Code have developed piecemeal for over a hundred years. Much of it is out of date. The Highway Code itself, again not written by experts, contains many faults as well as omissions and caters for road use that is now obsolete for major infrastructure. As a result Highway Code, now of 145 pages and 307 rules, is far too big  So a bottom up review of road safety policy is 60 years overdue. At the moment we are throwing baby out with the bathwater and there is too much profit from it.

So there is plenty of scope to make  safer on the roads but don’t let’s get too concerned about a lobby group’s claims; things are much better than they make out.