TRL has also won no less than seven prestigious Prince Michael International Road Safety Awards since 2000. Click here to see how TRL has excelled in this area.  See Prince with no CV on 5 star road safety junkets.

The TRL Academy, full of academics, with no CV in road safety or driving and includes such as Dr Sally Cairns See She is a direct link with anti car ownership and anti driver RACF

Here's Cairns wanting us out of cars

So we have established a direct link with this alleged independent, highly consulted, highly regarded institution with anti driver groups and road safety profiteers.
Dr Sally Cairns definitely wants less cars and drivers and this tends to confirm our case that driver-less cars are not for ordinary people, who will never be able to afford them and will be reduced to walking, cycling & buses.
See more of these anti driver academics here 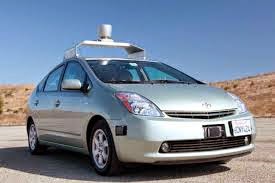 We have already challenged the driver-less nonsense with these points:
Here and
Here and

Here  So I won't rehearse it all again today. Suffice to say, there is an awful lot of unqualified promotion behind driver-less vehicles and an awful lot of cheating behind their presentation. Take it from me, they are not for ordinary people who simply couldn't afford or maintain them, they would be unable to replace the 300 billion efficient miles a year required to sustain the community that drivers do, and the technology, good enough to fly planes on empty straight paths to land on empty straight runways, is far too basic to operate vehicles on busy alternating roads. See How will they comply with this nonsense?

In view of that, it is very worrying to actually read Nick Reed and the TRL on all this so now look at these tweets from him. He has a one to one with BRAKE of all people.

See loads of anti driver Brake rubbish here But worse than that, he doesn't think a CV in driving and road safety should count when it comes to what is good on the roads.

Well I have asked Nick to respond to all my points on here, but it is my experience that vested interests usually overcome honesty and reality.

In the meantime let's get these academics to consult experts; there is no degree in the subject that counts in this life and death issue.

So far Driver-less vehicles are not based on reality or for the community but more on an anti driver ideology and TRL is certainly connected with all that.

@nreed_trl @NewsfromTRL @AAPresident Impressive academics but your driving & road safety expertise is what? That's what matters in this.
— Drivers Union. (@DriverUnion) April 21, 2016

@nreed_trl @NewsfromTRL There's more killed from accidents in the home, strangling, self harm, suicide than from any cause on the road!
— Drivers Union. (@DriverUnion) April 21, 2016

@nreed_trl @PoliceChiefs @IAMgroup Ah work in progress? So on what basis are they now on the road? To kid people? @AAPresident
— Drivers E. Midlands (@EastMidsDrivers) April 22, 2016


TRL have refused point blank to address legitimate concerns about driver-less vehicles and asked us to close this page down. See the exchanges & how they make their money here