Drivers must learn from these two trials.

Two cases have just ended in the courts involving cyclists and drivers. 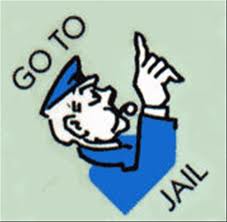 In this one,  driver-jailed-for-eight-months-after-colliding-with-cyclist-riding-three-abreast-1-7355645  The driver was gaoled.

In both cases, cyclists were in the wrong position on the road.

In one case, the cyclist came round a left hand bend, fast, with other cyclists in a timed event. Because he was fast, and not well over to the left, he collided with a car coming up the hill, that had ironically just safely overtaken yet another cyclist, pumping up the hill; no doubt giving the kind of exaggerated passing distance demanded by the cycle lobby. Even if he were still in the middle of the road, this whole event was still caused by unnecessary human activity in the road; as indeed was the other case too.

Will any lessons be learned from this?

So in the first case, has this encouraged cyclists to ignore safety, ignore other road users and still ride three abreast? In other words, how will this case stop it happening again? What's wrong with cyclists riding single file and keeping to the left if they insist on mingling with crucial infrastructure in the first place?

In the second case, why are we using crucial infrastructure for some kind of dangerous timed activity? Roads, like railway lines and airport runways, are essential infrastructure. Let's keep cycling competition off the open roads.

But the most important lesson? In the first case, in many ways the most compelling, the driver pleaded not guilty and was acquitted.

In the second case the driver pleaded guilty and is now in gaol.

Drivers: Never plead guilty to any offence involving cyclists who are behaving in such a road dominating fashion. They have a duty of care for their own safety.

I believe that while society allows any unneeded dangerous activity in our roads, like unprotected humans, travelling at unnatural speed and being exposed to big essential machinery, which cannot possibly be safe, then how can anyone be blamed when it goes badly wrong?

Perhaps more defence lawyers should be raising this for their clients instead of just taking their easiest option. Drivers ensure your lawyer isn't a keen cyclist too.

But I am sure that lawyers would agree that, if arrested at one of these horrific accidents, drivers should never make any comment about it or replies to the police at that time and without a lawyer present.