Challenge to ROSPA: For or against road fraud? 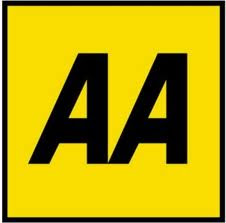 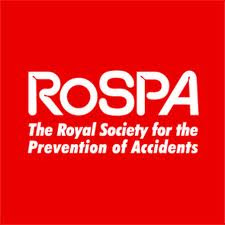 ROSPA have just published their top accident causes and included was just enough nonsense to justify the continued prosecution of safe drivers. Here I challenge them BRAKE, RAC & AA to denounce it.
Hi,
When will ROSPA accept that physics would not support the notion that to exceed an arbitrary and unscientific number on a pole can cause anything, let alone 5% of accidents, any more than not to won't? That is why most accidents are below the limits. What you have is simply 5% of untrained and unqualified reporting officers ticking a box that shouldn't be in the STATS 19 form.
Speed is a factor in all moving accidents but not 'speeding'.
It is focusing on 'speeding' that feeds an insatiable Road Safety Industry and causes death by deflecting from real accident causes. Further more, the habit of slowing traffic unnecessarily costs about £3 billion a year for each 1 MPH, about £40 billion a year. How many lives could we save with that?
Is ROSPA interested in the lives lost to this profiteering at all?
The official use of terms like 'excessive speed', which are not even in the R.T Act and are really elements of reckless driving at any speed, to muddy the water between 'speeding' and reckless driving for profit, is criminal conduct and fraud to my mind.
Where is ROSPA, BRAKE & AA on all this? Does ROSPA, BRAKE & AA condone this fraud?
Posted by Unknown at 08:32 No comments:

I am an ex police patrol driver and I have to challenge certain statements in Driving for Change in Behaviour by Christian Wolmar. 14/9 http://bit.ly/b7ord2
He says that the statistics show that the Association of British Drivers has it wrong about too much focus on speed. Clearly, like Ian Dale, who he quotes and the course instructor at Dale's speed awareness course, neither he nor they are experts in driving accidents or road safety. Worse the instructor is not at all altruistic in her message and in any case, being a mother of an accident victim, is no qualification either. Therein lies the problem. Too many non experts having a big say in this life and death matter. The Parliamentary Advisory Committee of Transport Safety, he quotes, is actually nothing more than an important sounding private lobby group with vested interests and without any experts either.
Of course speed is a factor in all road accidents; without speed nothing would be moving on the road at all. So when Julie Townsend of BRAKE says 'It's a contributor to a majority of crashes', I would like her to describe any accident, whether involving planes, trains, bikes or even running, where it is not a 'contributor'. So much for the experts of BRAKE then; perhaps they should just stick to victim support.
But the figures quoted by Wolmar are totally bogus too. For a start, physics would not support the notion that to exceed an arbitrary and unscientific number on a pole, 'speeding' will cause an accident any more than not to won't. Too fast causes them, is often below speed limits and thus most accidents are below the speed limits. Unfortunately most reporting officers are not specialists and do not know this. So all the 28% shows is that 28% of reporting officers ticked a box that should not be there anyway. The correct figure is zero per cent because speeding causes nothing. The millions of speeding tickets issued should each have been after a crash if it were not so.
Christian Wolmar also uses a term favoured by the officials, BRAKE and PACTS. 'Excessive speed'. Where is this in traffic law? It does not exist. It is an element of reckless driving and is nothing to do with 'speeding'. One causes accidents and the other is just coincidental to them. Why has he readily accepted a term, not even recognised in traffic law? It is used liberally by the mighty and aggressive Road Safety Industry, criminally to my mind, to confuse reckless driving with 'speeding' in order to justify a profitable policy of unnecessarily hampering and criminalising perfectly safe drivers and to ignore real accident causes whilst doing it. I refer to this effect as 'Speed Kills! kills'.
But what is the issue anyway? After 300 billion driver miles a year there is less death on the road, from all causes, than from accidents in the home. I think the answer can be found in the countless billions of pounds being consumed yearly by an insatiable Road Safety Industry; I can think of no other explanation for all this nonsense.
Posted by Unknown at 01:39 No comments:

May I respond to the comments made about me on the very important matter of road death and prosecutions of safe drivers by Peter Mann ( Letters 10/9). There should be no such misunderstandings left outstanding.
He asks where I get my statistics from: The statistics I use are those from the DfT 1976 to 2008 and from the Lincolnshire Road Safety Partnership. The former show a very steep drop in accidents to the advent of camera partnerships when the drop actually levels out. The Latter clearly show that some of the worst Lincolnshire years were after cameras. My interpretations come from two aspects. I only allow the fatal figures because they are absolute but mingling the subjective 'seriously injured' numbers, as the authorities always do, is to muddy the water. I also expose the 'at our sites' figures (inserted by the officials) as bogus because they are affected, mathematically, by what is called 'the regression to the mean'; an effect where a balloon on a stick would produce the same figures.
However since the 1990s we have also had better vehicles, ABS, air bags, crumple zones, booster seats, better roads, A&E, paramedics and rescue too. One would have expected that, from 95 on, the figures would have been far better than they have. We can be forgiven then for suspecting that perhaps the Partnerships and their aggressive policies that prosecute safe drivers, while unnecessarily and expensively, slowing a major infrastructure to cause more prosecutions, have actually not been doing at all well.
Mr Mann then uses the term 'excessive speed' twice. The authorities often talk of it too. But it doesn't exist in law! There is only 'speeding', that is to go above a number on a pole and cannot cause anything, or reckless driving, under which, the state of 'too fast' or 'excessive speed' is reckless driving.This occurs above and below the limits and is why most accidents are below the limits. These non legal terms should never be used by officials but they do so, criminally in my view, to confuse us and thus mingle 'speeding' with reckless driving to justify camera policy.
Peter then misquotes me. I have only ever asked 'If speeding causes accidents, why are there no piles of wreckage at the end of every street?' never in the context of the slogan 'Speed Kills!' as he says. But 'Speed kills' is an untrue soundbite. It is untrue because, as any GP will confirm, without speed and motion, everything stops, including our hearts, so it is more true to say 'No speed kills!'.
This issue is far too important to stand on silly, and simplistic sound-bites because it is on such sound-bites vast fortunes are made. It is therefore no coincidence that I can also ask why in the pious Road Safety Industry nothing comes cheap? Do the TV campaign producers and performers do it for love? The seatbelt and car booster seat makers, the air bag makers, your friendly road safety man? Why not? If it is all in the cause of saving lives why not just work for cost? And that is what this is all about Mr Mann. There is more death from accidents in the home so why all this focus on prosecuting safe drivers by setting limits that then create the 'speeders'? Oh the cameras don't come cheap either.
My object is to achieve maximum road safety with less hampering and prosecution. Is that so bad Mr Mann?
Posted by Unknown at 23:48 No comments:

Remember Road Safety Support Ltd? See ACPO's little helpers or click on the RSS Ltd label.
Read this about them and the CPS. Read Here
Dear oh dear.
Posted by Unknown at 10:24 No comments: