Brexit. What the f...k just happened? If you don't know. we're still at square 1.

Theresa May will now be our leader to take us forward. 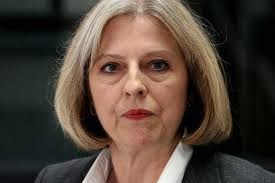 I won't congratulate her for, what she has picked up, is a poisoned chalice.

She needs our prayers for herself and for guidance, not just for getting us, in the UK, through this mess without loss, but for the advancement of all Europe.

So long as she puts British interest first, this vote to leave the EU can give her the power to force, FIFA like changes, to the similarly corrupt EU as we decide our options.

Theresa has the chance to save the EU, providing that, in a new form, if we are to consider staying at all, the UK has top seats at its top tables with veto power too.

She would be betraying her people now if,  as a starting point,  instead of demanding the utmost, she just settled for some token changes; little more than the insults hapless David Cameron was sent packing with, from the EU.

The problem is that most people have no idea what happened and why it did. Perhaps we will make better judgments for our future if we look at it all from the start.

Prior to the appearance of the single issue Nigel Farage and his mates, we were all bumbling along living our lives pretty successfully, dealing with and solving our problems without much care about who was running it all.

Yes there were things we hated without really knowing who to blame. But leaving the EU was only the objective of Nigel Farage and his followers. To get us out was their sole raison d'etre. They didn't believe that they would do it though.

What jolly japes? Go for the relatively easily won seats in the EU Parliament -British voters don't mind a bit of fun at unimportant polls - get there, cause mayhem with massive perks for doing so, and without an obligation to take anything seriously, even boycott meetings and have fun doing it. But it was a power base that gave them exposure and funding from which to build.

Build they did. UKIP became a household name and was now taking seats at local elections with a large slice of the vote in all elections. 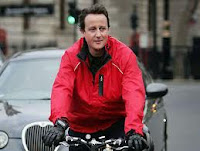 Silly David Cameron thought it a wizzo idea to promise us a Leave EU Referendum in his election manifesto, to pinch Farage votes. Thinking, at best, he'd be saddled with another Clegg style Coalition and so would be stopped from keeping his promise by the Lib. Dems who were Europhile. Except he won outright and horror of horrors, had to keep his promise.

That a Government, meant to govern for the best, should then turn to Joe Bloggs to decide such a crucial issue for the country is a dereliction at least, but when believing, as Cameron clearly did, that to leave the EU would be suicide, it amounts to unforgivable irresponsibility. Quite simply, we shouldn't have had a referendum at all. We elected Cameron to govern us. He didn't even have an economic plan for us outside the EU right up to the time of voting.

Having traipsed around the EU and returning with his empty begging bowl, Cameron had placed us all in a no win situation.

Although I don't like the EU, like most who voted to remain, I could never see how the UK now could possibly subsist outside of it.

My rationale was that the dirty deed, the treachery had long been done. Successive leaders from Heath on-wards, Wilson, Major, Blair, Kinnock and so on had sold us out long ago. It was all too late now. We'd been sold out years ago.

We were no longer the Queen of the Seas, with a massive army and air force. I always take a 'bottom line worst case scenario' approach to any decision. So we leave the EU and Spanish Trawlers invade our fishing grounds. What do we do? Do we blow them out of the waters? Where's our Navy to keep Spain out of Gibraltar? Will America still help and support us to keep the Falklands?  Will anyone help us from the Western World? A gun boat defence of our domain takes us to war against the EU and how do we win? Who will aid us? All Farage seemed to talk about was self rule, borders, immigration, trade but not how we defended the independence he sought.

Once Cameron had called his Referendum, there was no choice but to vote to exit the EU. We were already being abused by The EU, even though the second largest net contributors to it, as poor relations with no say.

Goodness, had we voted to stay for more of it, that's exactly what we would have got. Not only from the EU but from the rest of the world too.

Yet all we were voting for was to empower our Parliament, our Prime Minister, our MPs in Europe and the rest of the world. What sensible true British people could possibly vote against that? Why was this wickedly kept from the British people during the campaign but instead they were being told that it was an irreversible suicide. It never was.  See from 25th May I was pleading for honesty on this point. Despite the dishonesty, the nation still  voted to leave the EU.

Clearly the UKIP people who fought so hard to take us from the EU, were not prepared to follow it through. 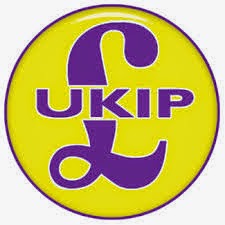 One after another they have stood down from leading the nation that stood by them. What an utter disgrace! So were UKIP serious about their claimed raison d'etre? Did they have any plans? Apparently not.

And all this division in the Nation, all this cost, all this upheaval was basically created by one man, Nigel Farage, who has never even been elected to Parliament! Can you believe it?

So what should Theresa do now?

Well Nigel Farage has shown clearly the damage that a single issue minority lobby group can do to stability and the status quo. This applies to all single issue minority lobby groups. The unrest with the UK salt of the earth normal mainstays of our country, who expressed the unrest with their votes of the 23rd June, must be heeded. And it starts within.

'Getting Britain back' was about getting it back into the hands of the steady dependable majority that it and Theresa needs and out of the hands of the single issue selfish minority lobby groups that it doesn't need at all. 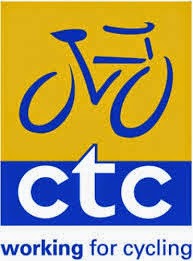 When placating a group is at the expense of costing lives, and costing the community so much that we don't have money in the NHS to save more lives, then not only are we disadvantaging the majority, but it's counter productive too. Theresa mustn't be frightened of being called 'Nasty'. We cannot base policy on silly name calling. See we can't base policy on silly names!

We need to clear out the hierarchy of the current NPCC and get police backing the whole community without its current corrupt policies.

She must clear out all of the Common Purpose officials, who were actually the cause of this widespread unrest and get the Britain at home to what the majority of British people support. At the moment UK's 35 million essential driver voters are being marginalised and oppressed by unrepresentative police. 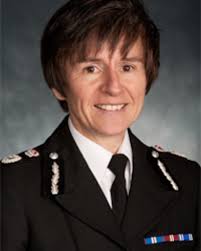 If Theresa  doesn't take the UK back to a UK preferred status quo then there's little point in BREXIT at all. Only on this basis can we look at our approach to the EU. See how we must get normal rational majority back in charge

For starters we must not rush, or be pushed into invoking article 50. That takes away our negotiating hand and is irrevocable. Had Nigel Farage and UKIP still been leading us with this, perhaps they did at least qualify to urge a headlong leap before we're ready. In abandoning us, they gave up that right in my view. Article 50 Beware-false-profits-bearing gifts Theresa.

Theresa should now ignore the EU officials, unless they ask to speak to her, and now talk to the European Leaders on an individual basis with a view to a complete new economic union in Europe with much more autonomy and self rule of its member states and where the UK is a major player with powers of veto.

What we must not do, is to leave the EU until all avenues have been explored.

What we have done, is to empower Theresa to name our price and have just made her the most powerful woman in Europe & indeed the world.  She mustn't just hand that back.

Theresa we do want you to be 'nasty'. We don't want you to roll over like a vicar's daughter to lobby groups. You are not Justin Welby, 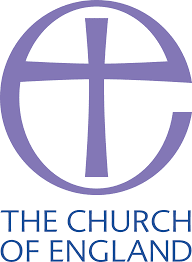 you are a politician and a Prime Minister. since when was politics ever about being nice?

The C of E is ashamed of British normality and no longer thinks it's English anyway.

One thing is for sure. Our Parliament has been ordered and mandated to take us from the EU under its own Referendum Act 2015 no matter what lawyers are trying to say. And no General Election can change that.

At any time in the future that we are still in the EU and we are still being abused, the opposition will have no difficulty in raising that fact to whoever is in Number 10.

This vote has done one thing. It has restored power to our Parliament that the EU must now take seriously. What can possibly be wrong with that? 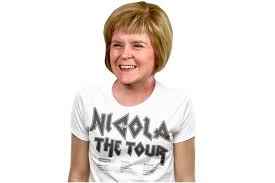 As for Scotland and Northern Ireland. They're covered In this post here Theresa. Northern Ireland would never vote to leave the UK, and we'd be better off if the Scots did but they know where their bread is buttered, so won't listen to little Nicola.