Why speed limits cannot be trusted. 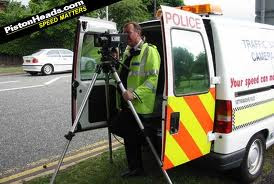 before I prosecuted anyone, that the prosecution was just and fair and that I understood precisely why I was prosecuting them. I believe that, although many things have changed in the police service since,that duty of care would still be expected of any good police officer.

After all, any prosecution can be a life changing event and a matter of extreme worry for some. The same care should apply to the prosecution of 'speeders' because, the outcome, can lead to loss of employment,increased premiums,financial hardship to families and resulting strain on marriages. With all that in mind, let’s look at a typical Statement of Reasons for a number of speed limits currently being proposed in an area which can result in prosecution of any number of safe drivers on these roads after their installation.

· The proposals are aimed at improving road safety for all users.

· Therefore, in accordance with the County Council’s Policy, it is proposed to establish the speed limits as set out in the Schedules to the Order.

And that is it. There is no evidence of accident history at all on these roads, and certainly no mention of solely speed caused accidents. No scientific basis is given. No mention as to what the police thought or how they were to police the new limits and to be quite frank, the views of the local parishes and district council are irrelevant unless they hold some expertise in driving and road safety anyway.

I assume that any traffic officer worth his salt would be an expert and want to ask what is the expertise of the person who wrote this order and now expects him to prosecute it? I would.

So surely before police point cameras at people for simply going above a number, shouldn't they ask how the number got there and if it was justified? I would.

Would any responsible police officer be happy with these limits?

What about the councillors who nod this through? Shouldn't we expect them to be more discerning and questioning on our behalf?

In the meantime, we should all look for these notices in our local papers and ensure that no speed limit is accepted unless there is a good reason for them and that the speed limit is the problem at the site and cannot be corrected with other remedial action.