What hope for profitless road safety? 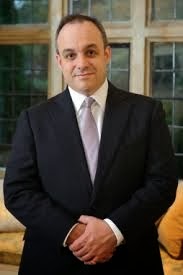 Why is it that a week cannot pass without some focus or debate about road safety and drivers?
I will ignore the fact that Road Safety, is a multi billion pound industry very little of which actually prevents one single accident, to note that Stephen Phillips MP wants us to spend billions more on it. 6/3/14
It is so easy to pen a heart rending article on young road death but an MP should at least have a grasp of the whole issue and not just from the perspective of the pious profiteer.
So are things so bad that many millions of pounds need to be spent on young drivers?
Perhaps after 300 billion driver miles a year, that there is less death on the road from all causes than from accidents in the home, should indicate that there isn't much wrong with all drivers, young or old and we need to focus more on people's kitchens if we are really concerned about death and injury. There is also five times more death from NHS failure. Are those deaths less important then? What this tends to corroborate is my conclusion that all the interest in road safety, pious as it may be, is really about money.
Does Mr Phillips understand that the more we spend on young drivers, the more there is for profiteers and less for saving far more lives in the NHS or with more police, fire and ambulance staffing? Surely MPs should be able to take an over-view of a policy that they are supporting and the cost effectiveness of their hobby horses?
He has clearly fallen, hook, line and sinker for an ideologically based piece of academic nonsense. He quotes statistics that show that more young people die on the roads than from any other cause. Well yes. All young people are frequently passengers or drivers of cars but what other cause would we expect to kill young healthy people more? Drugs? Drinking? Old age? Illness? Murder? Suicide? I certainly hope that most death among young healthy people is by accident anywhere. So here we have an example of a politician falling for a profiteer's statistic hook line and sinker and even repeating it too.
What hope have we for genuine, not for profit, road safety when MPs don't know the subject.