So what do we gather from this sharp rise in speeding fines?


To justify prosecuting tens of thousands of perfectly safe drivers who are not about to have or cause any accident for speeding, we all have to believe that all speeding is deliberate. If it were not so, the only conclusion left is a fault with the speed limit or a speed enticing layout that could safely support a higher speed isn't it?

Whenever I talk to committees and groups, I ask them how many go out to deliberately speed and break the law? No-one does. Yet listen to police traffic officials and their whole premise is that this is all about catching unsocial disobedient drivers. They have to parrot that idea to persist with their very lucrative, if unimaginative speeding policy.

One of the signs that there is a problem at a site is a high number of offenders without the accidents to match the offences. This is a certain indication that the limit is too low and the layout is inviting a higher speed. If a site was generating thousands of accidents wouldn't it be a duty to find out why and correct the problem? So shouldn't the same principle be applied to prosecution too?

A spokeswoman for the Department for Transport said:

“Speeding can have devastating consequences and it’s

right that drivers should abide by the speed limit."


What driving CV the 'spokeswoman' has I can only guess

but in fact she is wrong. Speeding causes nothing at all.


Well clearly one of the conclusions that may be drawn from these figures is that the speed limits and their cameras are not achieving their object are they? The system is failing; unless of course you count the profit from it all that is. 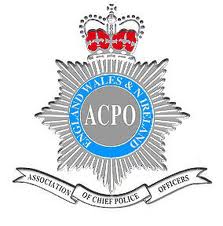 to address the problem instead of pretending that it is all about disobedient drivers, and to educate DfT officials about speeding too.
Posted by Unknown at 12:00