Cyclists still demanding jail of others for their hazardous activity. 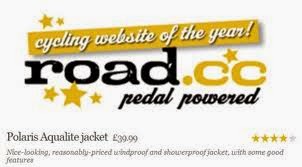 Why is it that cyclists are so keen on retribution and jail after a horrid accident? See it here.

It's occasions such as this that drivers are entitled to demand that unnecessary hazards are removed from roads.

Here we are again, cyclists failing to acknowledge that, by pure definition, road cycling is a hazard to all concerned.

So is it necessary? No. Society really doesn't need road cycling at all. Last time I raised this on Twitter, all that the Editor of this group could do was keep repeating F... off Keith. See the tweets here. So much for reasoned debate from the cycle lobby.

When will the cycle lobby wake up to the fact that by attacking drivers and demanding their incarceration for accidents, drivers are entitled to ask why must we have them? It's a perfectly reasonable and fair question.

Mike Penning is a pro-cycling minister Now he's at The Ministry of Justice.

I see the cycle lobby are after more driver jail after horrid accidents. I hope you will be realistic and hope these blog comments will assist you. http://bit.ly/18UxHfC

Road cycling, by definition, is a hazard to all concerned which is being imposed upon drivers. It's hardly fair then that allowing humans to mix among large, moving, essential machinery, operated by people of varying skill and mental capacity, society wants to jail drivers when, inevitably it all goes badly wrong. It begs the question, why must we have road cycling at all? It's a fair question isn't it?

I know your sympathies are with cyclists but the reality is that there are only two types of road user society depends on now and that is walkers and drivers. Jailing people after a cyclist has been killed or injured doesn't bring them back or repair them. It just adds another misery to an already miserable situation. Jail is only a deterrent to deliberate acts and it simply doesn't stop mistakes, errors and accidents; it only achieves revenge..

I do not suggest we stop road cycling, but for goodness sake don't let's keep pandering to it or encourage people to be an unnecessary hazard for themselves and other road users and then jailing people.