UK Drivers deserve to be exploited, cheated & treated as dregs of the earth

How often do we hear the mantra: 'Driving is a privilege not a right'? Here is a driving school spouting it. And here is an essay on it.

The reality is that, while the authorities can work on the basis that driving isn't a right, it's a privilege and even more than that, it is actually fun, then of course they can exploit, cheat, tax, oppress and incarcerate drivers with impunity and so they do. One only need explore the various topic labels at the top of this page to see the evidence of it and of course see the evidence amassed at www.driversunion.co if there is any doubt about the official corruption against drivers.

Here in this open letter to to Suzette Davenport, (head of road policing) and the NPCC,

we have put the whole corrupt case. I am glad to say that the NPCC are now treating this evidence very seriously. 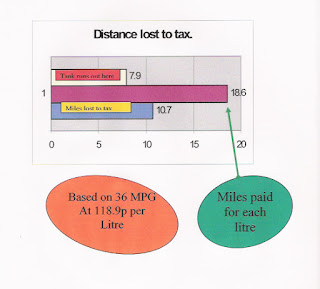 on the extraordinary fuel duty imposed on drivers to gather that they are not seen as essential infrastructure and essential to the community who must be given priority and consideration for the service they are providing.

Then we have a whole corrupt anti driver profiteer's road safety industry, who even now are ranting about, already very low road casualty figures, about to rise. See RoSPA at it here.


And predictably of course the green based anti drivers of 20s Plenty.

@roadsafety @Road_Safety_GB @RoadSafetyWales Actually we have been and are complacent. That why deaths have been flatlining since 2011.
— Rod King (@20splentyforus) February 5, 2016

Pretending to be benign, cost-less and of high principle, most if not all of road safety policy is now based on a mix of profit, green anti driver ideology, and vested interests.   See here & Here and is so costly, that road safety is not cost effective and is now totally counter productive. ( Here they are exploiting a mere 49 more fatals after a low year and after 300 billion driver miles too. )

Not only does this result in more death when viewed from outside the road safety bubble, but an aggressive and totally unfair treatment of all UK's drivers. Drivers' Union have now been able to establish anti driver officials within police, councils and government. See some of it here & Here

Edmund King, AA President,  confirms his anti driver status and what a fool he is, by equating road death with three airliner crashes.

1,780 killed on roads (yr end Sept 15) is equal to 3 big planes crashing with all passengers dying. If that happened we would see headlines.
— Edmund King OBE (@AAPresident) February 4, 2016

Well, since planes wouldn't fly without their dependence on cars, road transport and drivers at all and don't tend to share their paths with opposing transport, humans, and animals, I have to ask drivers why they support the AA whilst he is their spokesman? Do we slow train and plane travel after terrible crashes & pretend cycling's a viable alternative Mr King? 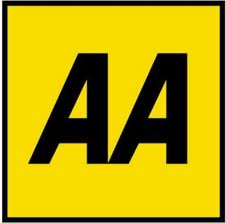 Part of the anti driver philosophy and strategy is to continue to promote cycling on an equal playing field basis with drivers. This is totally false. Explained here.

Never is the oppression of drivers more apparent than in the manufactured and officially generated and condoned prosecution of hundreds of thousands of perfectly safe drivers every year with profit to third parties from it too, Example here. & Here and Even the AA in on it too. but that even the evidence required to jail drivers for long terms of imprisonment falls far short of that for any other crime. See

There are far too many spokesmen, politicians and officials interfering in road safety with no CV in the subject whatsoever. See here & here & Here

Drivers will deserve to be exploited, cheated and treated as dregs of the earth, whilst they allow the officials to treat them that way and reduce their importance to the community to being less than that of cyclists.