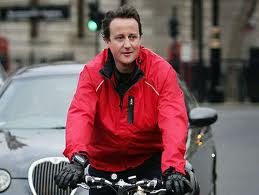 The Nation is voting for its future in a one off referendum and was promised a deadline for registration. David Cameron has reneged on that promise.

The system failed under his watch so the simple answer would've been for him to apologise and together with the civil servants involved, resign. In no way should the deadline have been changed.

Clearly it can be of no advantage to the UK to worry about people who were so disinterested that they had not bothered to register till now, and so dilatory in their outlook, that they do not deserve a vote at all.

Now that the extension has been allowed, these registrations should not be counted until after a full debate in the House of Commons. This was not a matter for the man responsible for the failure and who should no longer be The Prime Minister.

It is well known that all Remain politicians believe that a lot will depend on young adolescents, with no experience of any other system and when we were free, or of running a home family and mortgage. Would one of these ever be able to be Prime Minister?

What ever happened to major matters being left in the hands of wise elders? So here they are, using public funds, in all media, calling for people to register, with little regard for what is best for Britain but more for their own agendas. Having done this, even on deadline day, they managed to jam up their own system so that people couldn't register as we neared midnight. Many thousands were, in effect, disenfranchised for the final couple of hours.

So the Remain answer has been to extend the deadline by some forty eight hours. We have no way of knowing if they would've done that if the potential was against their agendas or how many now registering, were trying to anyway.

Of course The Leave groups are forced to consent to it. They know that they would be accused of opposition to democracy so must grin and pretend they welcome a mass of potential extra Remain votes. Believe that and you'll believe anything. 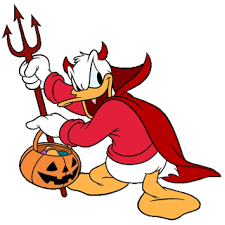 Do the Remain politicians think the British are so daft not to know what this is really all about? If it looks like a duck, quacks like duck and waddles like a duck it's probably a duck.

Why would the Labour Party, The Scots Nationalist Party, The Lib Dems & Greens, who normally despise David Cameron just let him off the hook when they could cause his total demise? Because they are all tarred with the same EU brush as he is; that's why. And they fear that, if you vote to leave the EU, they will be forced to actually stop it happening which will please David Cameron no end and who could then blame them for not acceding to your wishes.

So clearly when it comes to democracy, commitment and promises, they are also tarring themselves with Cameron's Brush of reneging on a promise to the Nation on one of the most crucial issues in our long history. If anything, they are showing why none of them can be trusted on this issue or any other for that matter.

If they think so little of the nation that they are prepared to renege on such a fundamental promise just to allow dilatory and slovenly people- who should've already been registered for normal elections had they ever been interested - then none of these politicians are worthy of your trust in this crucial issue.

Well it's not too late to turn this around by the 23rd June. Get Cameron and those who caused this, to stand down from office, and decree that no-one, not registered before the crash, will be allowed to vote. Who comes first, the country or some dilettantes with clearly no interest in it?

What would we expect of honest politicians? 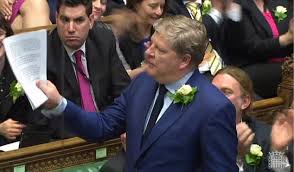