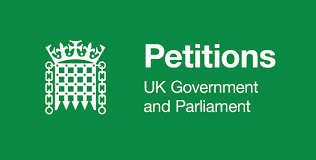 Before I explain the silliness  of the latest petition to re run the referendum, lets go back to my appeal to The Queen to get a grip of her country because of Parliament no longer respecting democracy  Here

Well Mam what further evidence do you need when Parliament has set up a petition to get Parliament to consider cancelling a democratic  decision of your people.?

We already have much evidence of Civil Service bias throughout the campaign, and now they have condoned and published an invitation to rebellion. This attempt should have been refused as rabble rousing and on the basis that there can be no consideration of overturning democracy  but it wasn't. It makes no difference when the petition was posted or by whom. The objective remains the same. In this case, the petition contains rules which could not be applied retrospectively and is thus valueless for the latest Referendum. In view of this, it should be cancelled before more harm is done.

It must now be taken down, and the identifiable Civil Servants behind it sacked too. Will you now cause that to happen?

Now so far as this ridiculous petition. It's a one answer only petition which is 'Yes'. Why bother? We know that around 8 million people voted against leaving already! So we can expect at least 8 million to support this. Is your position that your Parliament is now so silly that they will give up time for such a contrived undemocratic stunt ?

Warn any MP  ,who even supports this petition, they will be suspended until they have been on one of your courses on democracy, respect and behavior.

But the first step in getting Parliament in line, is to get this petition removed and the perpetrators sacked. Just give it a try.

So far as how we move forward from the EU?  Here is why we must ensure that no suspect Remain official is involved in our affairs at all. We can only go forward with people who believe in Britain and your people.

We cannot have disaffected agitators and Leaders, as Tim Farron of the Lib Dems is currently doing, trawling for party votes by promising eight million people he'll ditch democracy for them. 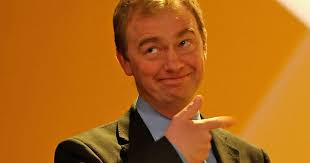 We must now ensure stability by only allowing parties who will support the Referendum to stand at General Elections for the foreseeable future.  Mr Farron has shown that he is willing to ignore the will of the people and democracy just to gain electoral success. We must now protect our chosen course and remove it as an election option until it has been given a chance to work.

I have now formally requested that the Petition is closed.