Lord Haw Haw was hanged for far less than this.

I am not going to revisit all of the incidents during the Referendum when the anti Brexit media, particularly Sky and The BBC showed a total bias in favour of the status quo.

Anyone who followed the campaign from the Brexit side couldn't fail to be dismayed by the treatment their leaders were suffering whilst their opposition was given such an easy ride. How many times did I have to point out that the 'fear factor' claims of Remain contained words like 'Could' 'May' and 'Predicted' then the media presented it as fact?

'House prices could fall' means they could also rise too. That Brexit 'could cost every household £4900' which means they could be £4900 better off too? Possibility published as fact. Even the Governor of the Bank of England, was unfairly used to trot out his selection of coulds and maybes too.

What about Sky's Faisal Islam's rude, aggressive and disrespectful treatment of Michael Gove with constant interruptions during replies. 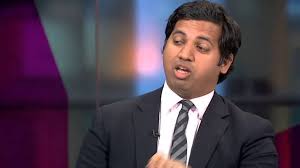 And Gove beat him hands down, took his pants down before the whole nation and smacked his little bottom. Sky's clips excluded that and the rounds of applause for Gove turning his victory into a defeat according to Sky.

The times I complained to Sky's subjective little attack dog, or would that be bitch, Kay Burley for total bias and untruthful presentation of provable lies. She chaired the audience Q & A and I will never forget the nasty, noisy mouthy black woman, who was just allowed to keep on and on. It turns out she was a left wing campaigning media plant. And Kay herself pitching in against Gove too. 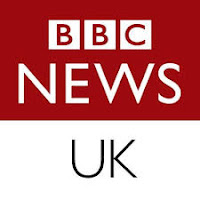 One of the biggest examples of the vote changing mendacity among them all was, despite my pleas, to keep from the waverers, the victims of the fear tactics, the information that a vote to leave, didn't mean we would leave, we would only be empowering our politicians and our Parliament in the EU and mandating them. See it here.

From the 25 May I was imploring them to tell the people the truth. To challenge the Remain Crew with it. But no they did not.

They allowed Cameron to get away with threatening the Nation that a vote to leave was leave and he would take us out immediately. It wasn't and he hasn't.

How many more would've voted Brexit had they'd been told that vote leave wasn't final and irrevocable?  How unforgivable is it, that media, who love us to watch their output and believe them, lied to us all on a matter of our Constitution and future? Can you ever trust them again?

But worse was to come. The ruling class of the Metropolitan Elite, who have been keeping the ordinary stand up salt of the earth Briton under the cudgel of Common Purpose, minority law, really believe that we love them; that we love what they have done to our country, yet after all their fixing, using the civil service at our expense to support Remain, taking advantage of the naive young voter, even illegally extending the registration deadline by forty eight  hours to allow more of the dilatory and unworthy into the voting box, after all the lies and threats, they lost. See Sky using ageism to skew the vote.

Having watched all of the lies, mendacity, threats, stunts and personal abuse, I knew immediately that these people wouldn't accept democracy; they had ruled us for too long to accept change. No way would they accept the democratic vote but do everything to bring it down, to cause chaos, to keep the issue going with bile, anger, obstruction and negativity. The day before the vote, I published this appeal and now the enemies of Britain I warned of are there for all to see.

But what has shocked me was that The Media have been encouraging nasty, negative, anti democracy ever since then to stir up discontent, unrest, disaffection, and insurrection by continuing the debate and allowing angry bitter losers to foment fear and division.

There was only ever one option for any pro British pro democracy person, politician, TV, radio station and newspaper and that is unity, to stand together and make it work.

Lord Haw Haw wasn't as anti British or so effective at fostering fear uncertainty and dissent as our media have been and still are, and we hung him for treason.

They want us to shipwreck before we've even left the dock. They clearly want this to fail. Well luckily for us they have now exposed themselves and their hatred for Britain and democracy. We are now well armed to distrust their words and their output for ever more. On the matter of Brexit we can safely smile at their efforts as we know what they are.

So far as the BBC are concerned, Brexit wasn't just a vote about the EU, it was against the Common Purpose establishment, including in town halls, the police, and civil service. They and the Brexit mindset are simply not compatible.

One of the first bastions of anti majority and anti democracy is the BBC. It must now act for the community it serves. Oh yes the bitchy, lefty, luvvies within it will get bad tempered and angry about toeing the line of the people, but they are angry, bitter Remainers already so no harm done. They had no concern for our young but on the contrary continue to put fear into them. On the 25th June I published this for their reassurance.

Our new government cannot just stop at taking us out of the EU, but must tackle the whole rotten edifice that got us there and kept us there in the first place. Anyone broadcasting here must have allegiance to our nation and its people from now on.

Personally I don't want to see Kay Burley or Faisal Islam any more.